Please use your RIGHT BUTTON on your mouse to open a separate window on this link  >>>>>    the sparrow box   <<<<<< you will be directed to Youtube to watch the video; please let us know what you think.

On the first picture Gerard is making the drawings, secondly he made a prototype from carton, a very serious business!, then the cutting phase and finally the finished product. Now we only need some lodgers.             (from BBC Nature features) 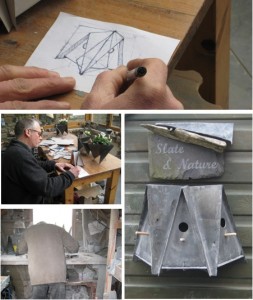